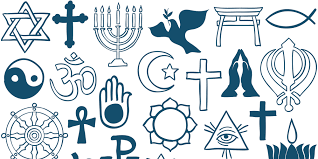 The last discussion left me asking the following questions: what exactly is the reason for religion? Why does the human society, some part of it, want/need to practice religion? Any religion?

This is by no means a suggestion of an inclination to agnosticism, on my part. No. It does not suggest that I am contentious, religious speaking. These are question that the ‘postcolonial’ society in Afrika and elsewhere in the global south need to ask.

History has, in its written pages, informed us how in the name of religion, society members were killed: either as a sacrifice or a punishment to the unpersuaded by one way of belief. Being one of those educated in the religious dogma, and after abandoned that ship, I could only speak of Christianity: the religion in whose dogma I was ‘born and bred’.

As already discussed earlier, Christianity acted as an ally in handing out the colonial ‘disciplinary’ measures to the colonised, poor and oppressed. The Church was the ‘overseer of the poor’, the messenger of the ‘pie in the sky’ to the masses in the ‘postcolonial’ environments.

Even after centuries of conflicting results the Church remains: a preacher of a better tomorrow after a believer’s corpse is slung 6 feet under the ground out of starvation. The ardent singer of a better life after death assuming and brainwashing the masses to forget that before death, there is life, right here on earth.

It is important to note that if there was a religious group that would be considered the pioneers of social anthropology for oppressive purposes, it would be Christianity. The way they carried on their work is akin to such that is carried by social anthropology researchers. Their mission and work in the ‘postcolonial’ environments in Afrika and elsewhere in the ‘postcolonial’ made the penetration of colonial rule easier, Ekeh (1990) and Trouilliot (1995).

In Afrika they came as missionaries of the good news but also came colonialism and the deculturisation of the Afrikan society. In North America, the Church was used as a ‘fascist’ arm of the political system that engineered the residential schools, a machinery to wipe out the Indian Americans.

Such a deep assessment on the character and trends of life among a community could only be explained by a person who is closer to community members in one local context. Christian missionaries were such, as they are today.

The Church in that sense remains to be the normalising aspect as well as part of the religious ‘Intel’ for political value in the ‘postcolonial’ environments. They have a sociopolitical oversight contract with neo-colonial masters over religious constituent territories.

Also, the Church engaged in continual supervision and surveillance of the local community members perchance a revolt would erupt, Nadel (1942). And they would play the role of religious exorcists to those who evidence infectious revolting spirits.

Besides, the Church is ready to bless corrupt leaders, especially in the ‘postcolonial’ environments, and pamper them with words of praise. Words of how they are chosen by the very God of heaven, earth, sea and the abyss!

No wonder, the great poet and philosopher of the Islamic revival from Pakistan, Muhammad Iqbal (1873 – 1938) saw religion and the state as one and the same thing. In his mind true religion, (and mind you: he was talking particularly about the Muslim faith) consisted of a universal brother/sisterhood of believers. He talked of a movement of pious people with neither borders nor any dint of kinship.

Iqbal detested artificial boundaries, cultural and ethnic divisions. He explicitly expressed that social and cultural divisions introduced by the Western colonial rule, like the artificial boundaries between countries, Said (1978), racial and national groupings are “the greatest curse of the day”, de Bary (1958).

As a religious leader, he believed in action against oppression. Iqbal detested inaction that was prevalent among religious leaders of his time, especially the prevailing ‘apathy’ among the Sufi Muslim clerics.

To them, and by extension, to other ‘indolent’, coopted and apathetic religious leaders in the ‘postcolonial’ environments he wrote: “action is life and inaction is death!”

Now brotherhood has been so cut to shreds

That in the stead of community

The country has been given pride of place

In men’s allegiance and constructive work

The country is the darling of their hearts

And wide humanity is whittled down

Vanished is humankind; there but abide

This entry was posted on Jun 28, 2016 by My Perspectives in Politics & Democracy, Religion, Self-determination & Liberties.