Where Did We Miss the Mark: Female Misogynism Vs Male Chauvinism? 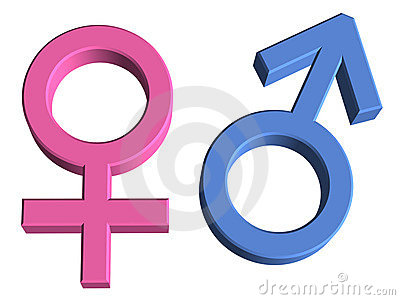 I have been so much interested if not fascinated in the different opinions one is getting when you start talking about the sixteen days of activism against gender based violence (GBV), human Rights and the egalitarian movement. But I have this to highlight…

I know that some of my readers will brand it ‘absurd’ when I say that licentiousness in our age and time have been introduced by the crave in mankind to be the real ‘God’ in an unreal dynasty. A dynasty encroached by lawlessness, and irresponsibility of the highest order.

Africa still accounts for so much of such irresponsibility going by the name of Women battering. But what goes even unmentioned in the escalating rates of men battering – to which a number of human rights advocates have turned their backs on for decades.

Traditionally, the majority believed in the creation account that we find in Genesis 2:21. But as days progressed we came to the age and the emergence of the evolution theory – the Bing Bang and so many other ideologies that mobilised a lot of support for Darwinism.

The ancient faith said that, “Out of the ground the LORD God formed every beast of the field and every bird of the air, and brought them to Adam to see what he would call them. And whatever Adam called each living creature that was its name. So Adam gave names to all cattle, to the birds of the air, and to every beast of the field. But for Adam there was not found a helper comparable to him. And the LORD God caused a deep sleep to fall on Adam, and he slept; and He took one of his ribs, and closed up the flesh in its place. Then the rib which the LORD God had taken from man He made into a woman, and He brought her to the man. And Adam said: “This is now bone of my bones and flesh of my flesh; She shall be called Woman, Because she was taken out of Man.”

A number of you out there know what Darwinism and all those who subscribe to the evolution theory talk on issues of creation. Many of us today do not read the Bible as it is rated as a myth and an old and should-be-forgotten history book passed with time.

When we look at the order set above and look at what is happening among us – humankind today; an age when men (masculine) think of themselves superior than any other human being in the face of the earth. All the men are mistaken and disillusioned! On the other hand a number of women as the result of the treatment they have long received from the chauvinists. On the other hand, a minority of men are reacting to the activities carried on them by female misogynists who do not look into issues with a balanced views but with the eye of, ‘we-have-been-tormented-long’ it is now payback time.

We forget the real meaning of the creation ordinance that was set before us as the created rational beings. I am enraged a lot of times when people want to reduce us to a single cell theory leaving that truth which sets us above all created things in the universe, be it on earth, under the waters, on top of the highest mountains and in the skies.

Against Male Chauvinism and Female Misogynism

Our world today (as I said before) is filled with massive bias against sexes. Of course we only have two prominent sexes – males and females. A number of incidences have been recorded the world over on the many forms people are fighting the equality in the universal society.

In my search for a balanced or something close to a balanced view on gender equality, I came across this: “That the woman was made of a rib out of the side of Adam; not made out of his head to rule over him, nor out of his feet to be trampled upon by him, but out of his side to be equal with him, under his arm to be protected, and near his heart to be beloved.” (Matthew Henry)

To depict just one point from what I have just turned your attention above, that a woman – according to the Bible was created “…but out of his (the man’s) side to be equal with him, under his arm to beprotected, and near his heart to be beloved” made Adam – the first man ever created break out in JOY and unmistaken assurance when he said, “This is now bone of my bone!” in other words, he proclaimed to himself and the world that “Now I have what I wanted, and which all the creatures could not furnish me with.”

In my view and from my reflections on the words I have just quoted above and what I see around me; I now believe that we have deviated far, so far away from the truth. With the theories that deny the creation order, we have made the alternatives that never work but make us irresponsible and cling to all sorts of rights that have created far too much confusion in our society.

This entry was posted on Mar 23, 2011 by My Perspectives in Rights.