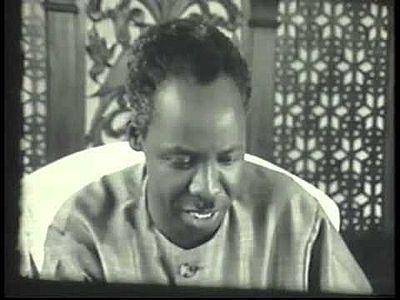 As part of our Bicentennial observances TIME asked leaders of nations round the world to address the American people through the pages of TIME on how they view the U.S. and what they hope, and expect, from the nation in the years ahead. This message from Tanzania’s President Julius K. Nyerere is the fourth in a series.

America is a society whose faults are the more glaring because of its admirable openness, because of the principles on which the nation was founded and because of the power which comes from its wealth and its size. It is an inspiration, and a warning, to the world. Poor nations aspire to emulate it, or else they fear it—and sometimes both.

For America is judged by the standards set out in imperishable language in the Declaration of Independence of 1776—which is one of the greatest documents of all time. And America now has a degree of wealth and power which could enable the ideals of its founding fathers to be translated into reality. It should now be possible for all Americans to live in dignity in a society which gives to all its citizens equal freedom and security and equal rights and responsibilities. Certainly, it should now be possible for America to “observe good faith and justice toward all nations” without having to fear for its own independence.

The continual struggle of Americans for the implementation of these principles within America, regardless of race or economic status, is a matter of history and contemporary politics. Much progress has been made over the past 200 years. In particular the Federal Government is now committed to fighting racial discrimination within the U.S. by laws, administrative acts and education. This we recognize; it is vital to the respect accorded to America.

But the gap between the principles and the potential on the one hand and the reality on the other is still frighteningly wide, even within America. Americans of non-European descent are still having to struggle to achieve for themselves their full rights as American citizens, equal with all others. Extreme poverty, and even hunger, exist among a sizable minority of American people. There appears to be almost a breakdown of many of the public and communal services which are vital to civilized life and in respect of which we would expect America to be an example to the rest of struggling humanity.

Americans fought a war for their independence. They fought a civil war to maintain their unity despite the diverse social and cultural origins of Americans. The poor and oppressed of the world therefore expect Americans to understand and support the struggles of other peoples to be free and united, even if freedom and unity cannot be won peacefully. We expect that America will be the last nation, not the first, to try to thwart, pervert or destroy the real independence of other nations.

Instead, during the 15 years of our own national existence, we in Tanzania have witnessed American military power being used in an attempt to crush the national liberation struggles of Viet Nam and Cambodia. In some Latin American countries we have seen American economic power being used to frustrate the democratic will of the people about their own form of government. We have felt the effects of America’s direct and indirect, but very powerful, support for the racist and colonialist forces of southern Africa. And we have seen American power time and again being used to fight freedom on the plea that it is fighting Communism.

Further, as poor nations like Tanzania struggle for those structural changes in the world economic system which are essential if our own efforts for development are not to be nullified, we find that American economic might is ranged on the other side—that is, on the side of our continued exploitation. Only minor reforms, or economic aid, are offered; sometimes even these are made conditional upon what America regards as our good political behavior in the United Nations and elsewhere. So the poor nations fear America and we struggle against America, even while we admire the great principles of America and her people’s achievements.

We watch with respect, sympathy and anxiety—and sometimes almost with despair—as Americans endeavor to cope with the political and moral results of their own wealth-creating economic system, and to give international meaning to the principles laid down by the founding fathers of their nation.

For it is this one thing, above all, that really gives hope to the world. There are Americans of all colors and creeds who continue to struggle for equality and justice within America for all its peoples. There were Americans who used the time given by the dogged resistance of the Indochinese peoples in order to reassert the principles of democracy and equality and to oppose American imperialism in Southeast Asia. It was Americans who revealed, and who opposed, what was being done by their nation in Chile. And Americans are now working to get American support ranged on the side of national freedom and human equality in southern Africa.

Americans have created a power which is frequently abused internally and externally. But Americans continue to struggle against these abuses and for the survival of the universal principles enunciated in 1776. There is therefore still hope that America’s great power will be used for human beings everywhere, rather than simply for the preservation and creation of American national wealth.

From Tanzania we salute America on its 200th anniversary. We send our good wishes for a future of American cooperation with the rest of the world on the basis of freedom, equality and justice, for all men and all nations

This entry was posted on Mar 23, 2011 by My Perspectives in Integrity & Accountability, Politics & Democracy.