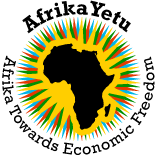 Does Africa Have Real Political Leaders? 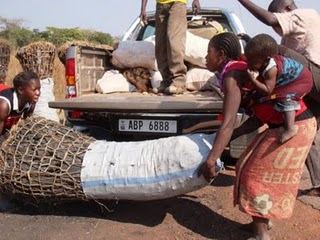 IT IS HEAVY! On your way to the Copperbelt the road sides are littered with big sacks of charcoal. The two women tormented with the weight of the charcoal sack and children on their backs have nothing to do but to do this work in the sun. The health and the welfare of the children smouldering in the sun as ‘co-partners’ in pursuit of a livelihood is not any near to the concerns of the politicians. all they care about is bickering.

The political scene in a number of African Countries does not give hope for any maturity anytime soon, let alone any hope of citizen-cantered political agenda.
I have listened, read and watched politicians in a number of African countries doing nothing but trading insults and belittling their political opponent anytime one politician have a platform to speak. What has amazed me the most is the fact that even Church is not a holy place for politicians in Africa.

There is a tendency among our political leaders to play the hide and seek game while in the light of day playing the ‘better-than-though’ game. But in the past few weeks, this game has been over-played in the Zambian political arena.
I was shocked to read on the dailies a week ago in bold letters on front page, where one politician is likened to “a Bag of Mealy Meal!” I do not know how possible this is in a country where most of us know that people are peaceful.
At times when you think of what has taken place in this country in the last four months, it sounds like a big joke. But the truth is; it is true!
When the president was addressing the heads of Churches at the official opening of the 28th General Conference organised by the Council of Churches in Zambia – CCZ, he was quoted saying how he was disappointed by media and other political leaders attempting to drag him into ‘vanity.’

“I am disappointed that both the media and politicians from other parties always ‘drag’ me in the mud of their bad language and name calling!” Is this true or are these birds of the same feather? It only takes someone who is so dumb to see how bad the political situation has turned in Zambia and there might be a reason for citizens to start to get worried – as surveys show already.

It is so embarrassing when our leaders decide to start calling their fellow politicians names using unpalatable language even before children.

Doctors for a Cow and Non For Humans

A few months ago Zambia as a country went through depressive times when nurses went on strike in demand of pay rise and good working conditions. During this time, a number of things were said including pointing accusing fingers to other politicians to have purportedly; started it all “for political gain.” Everything is politics in Africa!

When trying to get the solution on the demands – sincere quest of the nurses to have their work conditions improved some of the politicians decided to take the confusion of the moment to start threatening the nurses of losing their jobs if they never went back to work.

But things took a 360° when the president of the United Republic of Tanzania, Jakaya Mrisho Kikwete came for the official opening of the trade fair in Ndola early this year. The government of Zambia rewarded him by giving him a fertilised cow with only a few months to give birth to a calf.

The cow was escorted by a number (some people say 5 Doctors besides security and a track to transport the cow!) of doctors and security guards when in the hospitals the sick went without anyone to attend to them. I wonder whether this is a sign of heartlessness or just being unpatriotic and un-leader like!

This entry was posted on Mar 23, 2011 by AfrikaYetu in Integrity & Accountability, Politics & Democracy.